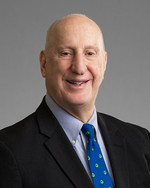 Tracy W. Krohn has served as Chief Executive Officer and President since he founded the Company in 1983 and as Chairman since 2004 and was also Treasurer from 1997 until 2006. He also served as President of the Company since its founding until September 2008 and again since March 2017. During 1996 to 1997, Mr. Krohn was Chairman and Chief Executive Officer of Aviara Energy Corporation. Mr. Krohn has been actively involved in the oil and gas business since graduating with a B.S. in Petroleum Engineering from Louisiana State University in 1978. He began his career as a petroleum engineer and offshore drilling supervisor with Mobil Oil Corporation. Prior to founding the Company, from 1981 to 1983, Mr. Krohn was Senior Engineer with Taylor Energy Company. In 2013, Mr. Krohn was appointed to serve on the board of directors of the American Petroleum Institute. He also serves on the board of directors of a privately owned company. As founder of the Company, Mr. Krohn is one of the driving forces behind the Company and its success to date. Over the course of the Company’s history, Mr. Krohn has successfully grown the Company through his exceptional leadership skills and acute business judgment. 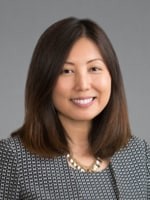 Janet Yang was named Executive Vice President and Chief Financial Officer in November 2018. Previously, she served as Acting Chief Financial Officer from August 2018 to November 2018, Vice President – Corporate and Business Development from March 2017 to November 2018, Director - Strategic Planning & Analysis from June 2012 to March 2017 and Finance Manager from December 2008 to June 2012. Ms. Yang has over 19 years of finance, investment and strategy experience in the energy industry. Prior to joining the Company, she held positions in research and investment analysis at BlackGold Capital Management, investment banking at Raymond James and energy trading at Allegheny Energy. Ms. Yang received a B.A. in Economics from Rice University and an M.B.A. with concentrations in Finance and Accounting from The University of Chicago Booth School of Business. 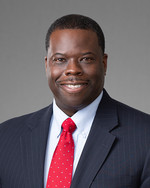 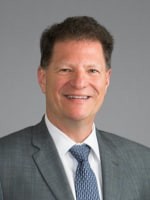 Stephen L. Schroeder was named Senior Vice President and Chief Technical Officer in June 2012. Previously he served as Senior Vice President and Chief Operating Officer from 2006 to 2012. From 2005 to 2006, he served as Vice President of Production and as Production Manager since 1999, after joining us as a Staff Reservoir Engineer in 1998. Prior to joining our Company, Mr. Schroeder was with Exxon USA for 12 years serving successively as an offshore reservoir engineer, financial analyst conducting deepwater profitability studies; audit team lead evaluating company reserves, gas plants and operating expenses; and acquisition engineer responsible for acquisition and divestiture evaluations. Mr. Schroeder received a B.S. in Petroleum Engineering from Texas A&M University in 1985 and a M.B.A in Finance from Loyola University of New Orleans in 1989.

Shahid A. Ghauri joined the Company in March of 2017 and effective April 7, 2017 became Vice President, General Counsel and Corporate Secretary. Most recently, Mr. Ghauri served as a partner with Jones Walker, where he focused primarily on business and commercial transactions in the oil and gas sector. Prior to that, Mr. Ghauri was the Assistant General Counsel of BHP Billiton Petroleum, where he managed the legal team responsible for unconventional resource plays. Prior to joining BHP, Mr. Ghauri worked in private law practice as an oil and gas lawyer with top tier law firms. Before earning his J.D. from the University of Houston Law Center in 1996, Mr. Ghauri was employed as a wireline logging engineer for Schlumberger. Mr. Ghauri received a B.S. and M.S. in Petroleum Engineering from the University of Texas at Austin in 1993. Mr. Ghauri is a member of the State Bars of Texas, and Pennsylvania, the Houston Producers’ Forum, the Society of Petroleum Engineers, and the Association of International Petroleum Negotiators.